So, how do we know the Scriptures are not a myth, legend or created by misinformed monks or power hungry empires? 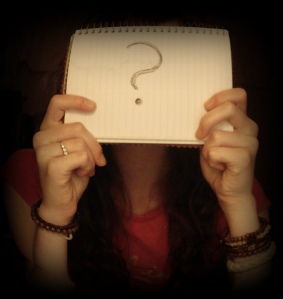 –      We have over 14,000 ancient copies (large thanks to the Dead Sea Scroll discovery), with fragments no later than circa 125AD, being Papyri 52. This proves Scripture texts to be profoundly reliable and trustworthy in that over 99% of the Bible is faithful to the original manuscripts, with the other percentages varying due to spelling errors, word order or word additions/omissions; and none affecting any doctrinal issues. In contrast to secular texts we have fewer than 10 copies of writings of Plato, Sophocles, Homer or Caesar Augustus, and those copies were made at least 1000 years after the original manuscript (and yet secular academia offers little if any doubt to its manuscript accuracy).

–      Furthermore, the early church by end of 1st Century had all of today’s 27 NT books written just not collected. By as early as 70-130AD all the books were noted as inspired Scripture (cf. 1Tim 5:18 with Lk 10:7 and 2Peter 3:15-16) and before 300AD, with Eusebius beginning lists and categorization (Received, Disputed and Spurious) of the books as recognized with few disputed (such as Hebrews, James, 2 Peter, 2 & 3 John, Jude and Revelation). By 367AD Athanasius had provided a full canon, confirmed further 382 Council of Rome, 393 Council of Hippo and 397 Council of Carthage. In contrast to Dan Brown’s The Davinci Code, there were no “lost Gospels” as the writings were familiar but unused by the churches and simply deemed spurious at best and heretical at worse. Scripture canonization (canon – rule, straight line, measuring standard; the “rule of faith”) was the process of the Church affirming and recognizing (not creating) certain books/letters over others. This was not a small, select few monks or religious types in a secret closed room picking and choosing for their own purposes. In fact, as stated previously, no Council actually voted on the collection of books but was simply recognized as which one’s were regarded as “Holy Scripture”. During the first three centuries after the resurrection of Christ, many gospels, acts, epistles (letters), and revelations flooded the landscape. Some were included in the Bible; but most were not. For example, there were the four Biblical Gospels; five separate works known as gospels among the Gnostics (The Gospels of Truth, Thomas, Philip, Egyptians and Mary); and two more gospels found in the Pseudapigrapha (which means “false writings”). Recently, another gospel, the Gospel of Judas, dated 225-250 a.d. was found in Egypt and hailed by many as giving new insights into the “real” Jesus. There are numerous Acts, like the Acts of Paul and Thecla and multiple “Revelations” in existence. Numerous epistles exist, like the Shepherd of Hermes. With so many writings to choose from, you wanted to know the criteria (the “canon”) for selecting which books were included in the Bible and which were omitted. The canonization process occurred by the church at large, based essentially on these three principles:

1) Consistency: Was the book in agreement and consistent with orthodox doctrine and practice?

2) Connection: Was the writer an Apostle or have immediate contact and eyewitness testimony with one?

3) Catholicity: Was the book read and used widely by the churches everywhere? So the transmission stages was something like this: historical events – oral culture of tradition – written sources – texts distributed and collected – texts canonized – texts copied and translated for the Church (cf. Lk 1:1-4; Jn 20:30-31; 1Cor 15:3-8; 2Pet 1:16-21; 1Jn 1:1-4). Today the Bible is translated in various parts of over 2400 languages with almost 2300 languages remaining or having no Bible access.

–      To note, the OT canon was completed around 400 B.C. with the prophet Malachi and was established as God’s written words (Law, Prophets and Writings). From 400 B.C. to the time of Jesus Christ is known as the intertestamental period, which some books were written. Protestants & Jews regard these writings as “The Apocrypha” (false, spurious), whereas the Roman Catholics include them as Scripture.

○       The content is too fitting. Like hand in glove, NT fulfills OT prophecy hundreds of years preceding. Further, Jesus viewed the OT as Scripture (see repeated quotes in Gospels); and so did Peter with Paul (2Peter 3:16) and Paul with Luke (1Timothy 5:18); as did Paul on all Scripture (2Timothy 3:15-17).

○       The content is too transforming. The Bible has changed not only the lives of the Apostles but mine and other Christians. Alsmost every Apostle died a martyr’s death – even Peter who denied Jesus and later was reinstated as a leading evangelist for the Christian faith; and he would die crucified upsidedown! At one point, Paul said there were over 500 living eyewitnesses whom could have verified Jesus was resurrected. Simply put, the Bible is not just another book – it is historical truth – the Word of God.

2 other reviews of Zealot

Review of Killing Jesus (Bill O’Reilly) Andreas Kostenberger was one of my seminary professors and is stellar on NT, especially Gospel of John http://thegospelcoalition.org/book-reviews/review/killing_jesus

And ultimately, it comes to you encountering God through the Scriptures for yourself. Start with the Gospels (Matthew, Mark, Luke and John). Read the book of Acts to see how Christianity began and grew into the greatest movement in all of history.

1 Long ago, at many times and  in many ways, God spoke to our fathers by the prophets,2 but  in these last days  he has spoken to us by  his Son, whom he appointed  the heir of all things,  through whom also he created  the world.3 He is the radiance of the glory of God and  the exact imprint of his nature, and he upholds the universe by the word of his power. Hebrews 1:1-3